Talking ‘bout my generation – The needs of Gen Z, Gen X and Millennials in the workplace 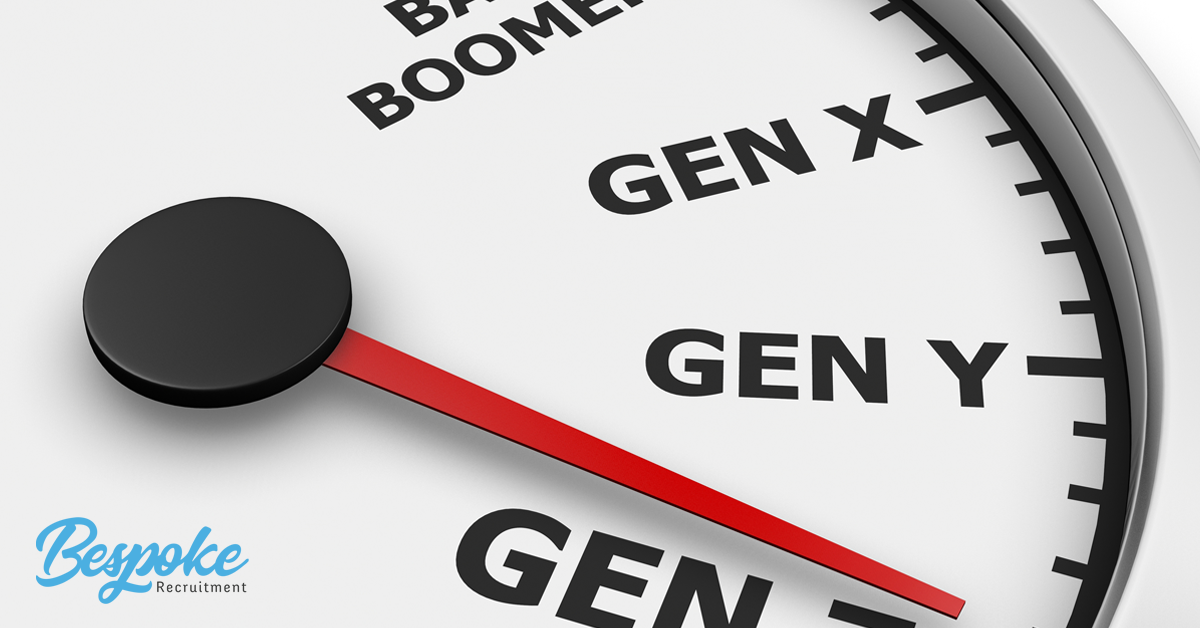 Generational divide in the workplace can be a blessing or a curse. On the one hand, there is no substitution for experience; on the other, the clash of views and cultures can be a difficult hurdle. One way of approaching this problem is to consider the needs of each generation.

Thinking about a team in terms of their generation may not be a great way of drilling down into highly specific areas such as individual management, but it is a good starting point for gaining insight. As much as we all dislike the idea of generalisations, they can sometimes be a window into the broad motivations amongst groups. When and where we grew up, for example, influences who we are and our worldview. Cultural values are a part of this, but other factors such as experiencing recessions or changes in technology can also play a part. If we want to create a welcoming, productive workplace, generational factors should be at least considered.

Usually, we can split most workers into these rough categories:

So, what does this mean for the workplace?

Generations in the workplace

If we accept that the things we experience help shape our attitudes, then we can also consider how this will affect the mindsets of the team members.

Baby Boomers – Born during a period of great optimism, they saw the birth of modern popular culture and the rise of teenagers as a market and social presence. As young adults in the 60s and 70s, they would have been part of some dramatic social changes, including the liberalisation of society and growing understanding and acceptance of the need for change to facilitate equality.

Generation X – Grew up during the height of the cold war and saw early space exploration as children. They also were children and young adults during one of the biggest bursts of physical technological development in history. A collective generation went from black and white TV to the birth of home computing. Many of this generation began working in a difficult environment and will have seen several economically challenging times.

Millennials – The first generation of the 21st century saw the collapse of the Soviet Union and an end to the cold war tensions. They were also the proliferation in information technology, including the birth of the internet and the adoption of mobile phones.

Generation Z – The first truly digital generation. In a short space of time, they have witnessed years of booming economies and high employment, Incredible political events such as Trump in the Whitehouse, Brexit and, of course, a global pandemic.

Managing the attitudes for each generation

While all good management tends inevitably to be focused on the individual person rather than broad-stroke guidelines, generational attitudes can be a good starting point when considering management strategies.

Baby Boomers – The baby boomer generation tends to be motivated by a strong work ethic. While this is an admirable trait, it can lead to them becoming jaded about the attitudes of the younger, more tech-savvy worker. Baby boomers will still value the water cooler conversation and like to pick up the phone. Managing them effectively is likely to be about clear feedback and standardisation of approach. They will prefer the meeting room and the agenda to more informal methods. They can tend to view the younger generations, and Millennials in particular, as self-indulgent and even selfish and lacking loyalty. They are less reliant on technology and more company-focused than many other generations.

Gen X - Sometimes known as the MTV generation due to the importance of culture and counter culture in their early adulthood. They also often grew up with two working parents and therefore lean towards self-reliance. They tend to be more comfortable with technology and will usually prefer a less formal free-ranging development plan. Informality works for them, and having witnessed a series of economic problems, they have resilience and work well under stress. It is often better to offer opportunities than strict instructions, and micromanagement is usually not a good way to go with the Gen X worker.

Millennials – If you were wondering where Gen Y went, this is them. Unlike the more laid-back Gen X, Millennials tend to be very career-focused. They have a reputation for wanting rapid career development while still looking for a work-life balance and a rewarding job. Money isn’t everything to them, but personal development and gain probably is, which does, ironically, tend to revolve around a competitive salary. Their focus on ‘self’ and personal development is probably the root of their reputation for self-indulgence and laziness with some baby boomers. It is often important to the Millennial to clearly define and achieve personal and career goals, so facilitating this is usually a good management technique. These are also the ‘job gig’ generation who are not looking for the security of a job for life as much as they look for a career path.

Gen Z – This group has had the strangest start to a career path since the end of the second world war. Many will have entered the workplace or finished education in lockdowns and are now living with covid as part of their world. The turmoil of the last few years is bound to have as yet unseen effects on how they interact with others. They adapt well to hybrid working and changes in circumstances; however, stability is probably going to be of value to them. Undoubtedly though, their biggest strength will be their ability with digital communications. Not even the tech-savvy Millennials have the same relationship with online and video communication. For the Gen Z, the online and offline worlds are not separate realms, and they have grown up with access to instant information. Managing them will, therefore, most likely be about multi-channel communication and creating a stable environment. One defining aspect of the Gen Z worker is that they will probably have an acute awareness of equality, inclusion and diversity and will challenge when they do not see it being upheld or if they feel they are being marginalised. In many ways, Gen Z workers demonstrate the attitudes of the open, adaptable, equality-based society sought by the Baby Boomer generation.

Understanding what a generational group is likely to want from the workplace can contribute to consideration and empathy for their needs. However, as with all broad categorisation, there is no one size fits all approach to managing teams.