The dangers of ghosting as a candidate - Bespoke Recruitment 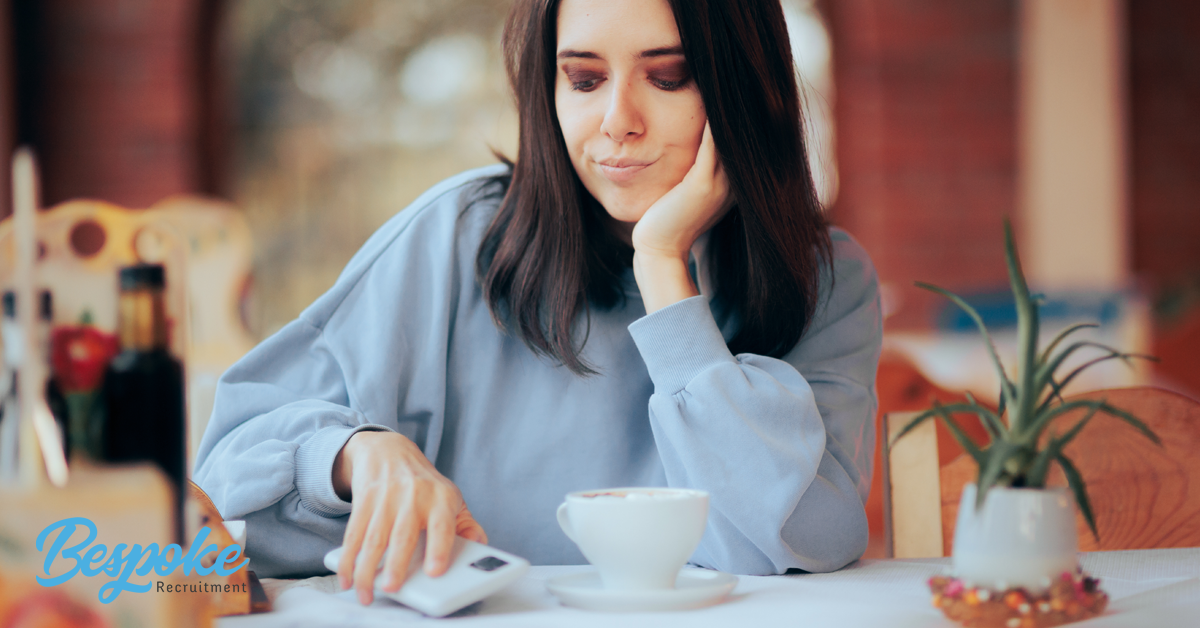 It can be really disheartening when you are quite a long way down the recruitment path, and all contact stops. Employers and, increasingly, candidates are both occasionally guilty of this, but it can have repercussions beyond the initial frustration.

Basically, it is just ignoring contact from someone until they stop trying to contact you. I think one of the interesting things about this phenomenon is that it is considerably more obvious in the technological world we live in. To ghost someone now requires an effort across multiple channels. Therefore, it is clear that you are being ignored because the person ghosting you is often still active on social media but ignoring your letters, phone calls, emails, and messages. So, while we do not support or condone ghosting from either the candidate or the employer, is there more to it than meets the eye?

Candidates who ghost are causing more problems than they appreciate

One of the less desirable developments in recent years has been the increasing incidents of candidates who suddenly stop responding to a potential employer. There are multiple reasons behind the candidate no longer wanting to follow up on a potential position, though, and I understand that some of them may not be the most pleasant of things to discuss. Motivations for ghosting seem to include, amongst others:

All of these are valid reasons not to pursue the application. However, I struggle to see how ghosting is ever appropriate, and it has a greater impact the further down the employment process you are. Ghosting in the latter stages means:

If you are ghosting an actual job offer:

A simple email explaining you are no longer interested is all it takes. While I understand that it isn’t always nice to have to say no to an employer, not doing so seems, well, sorry, but a bit disrespectful.

So, can employers do anything about the problem of ghosting and should they?

The latter part of that question is rather interesting. I can fully understand why, as an employer, you would be rather annoyed about being ghosted and quite reasonably blame the candidate, but let’s look at that later. Firstly, there is possibly some mileage in looking at the reason it happened, particularly if it was very late in the process or at the point of a job offer.

So, should employers worry about being ghosted? Well, sometimes, I guess we all must just shrug our shoulders and accept that the potential employee was just not the right person for the role. However, when you look at the bullet points above, it may be that ghosting is pointing to a possible improvement point in employer brand. In the current skills shortage, that probably means it is worth consideration.

As always, we are here to help with your employment needs, so call us and let’s chat.